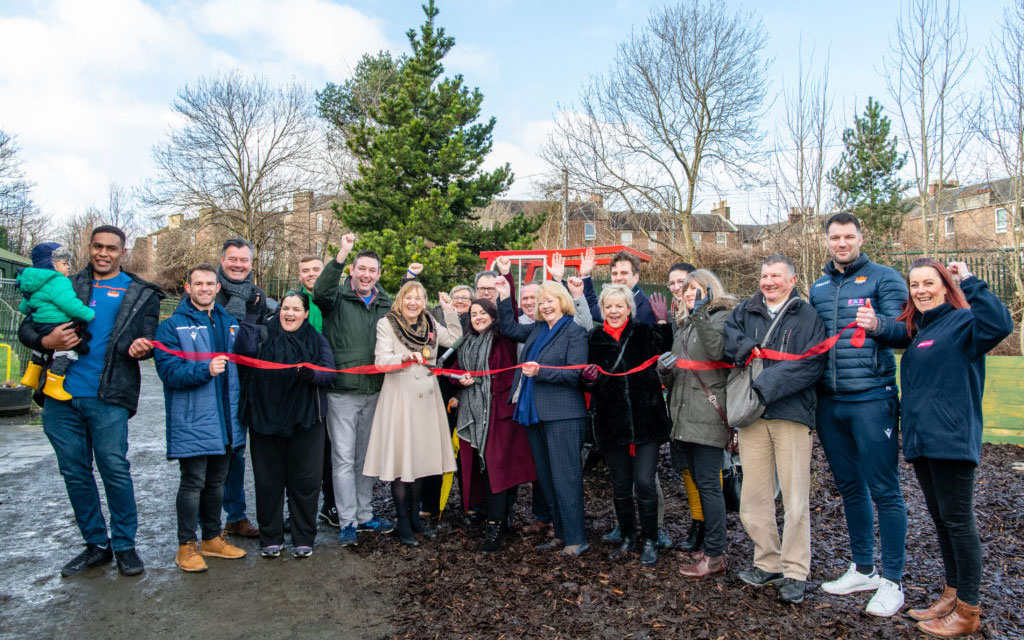 Children (and even adults!) got the chance to feed the animals on the farm, which included pigs, sheep and goats, and took some newly arrived alpacas for a stroll.

There was also face-painting and a henna tattooist on hand, as well as entertainment for all, including tombola, music, a photo booth and much more.

Education and social care charity, LOVE Learning, took over the site of the former Gorgie City Farm in January after it went into liquidation in November 2019.

LOVE Learning also organised a community consultation event, where visitors had the opportunity to tell the new operators about their hopes for the future of the urban farm.

The farm had been opened earlier than expected thanks to the assistance of hundreds of volunteers who assisted in the two weeks running up to the reopening.

The Farm remains open seven days a week and will be free for visitors. LOVE Learning will keep using the site as an urban farm as part of its portfolio of environmental projects.

In addition, LOVE Gorgie Farm provides educational services to children through animal and forest therapy. It also provides a range of professional apprenticeships and Scottish Qualifications Authority awarded qualifications, as well as looking to be involved in organising social prescribing and wellbeing therapies in partnership with the NHS in the future.

“We are incredibly excited to be opening LOVE Gorgie Farm much earlier than we anticipated, would like to thank those who came today and look forward to welcoming many more visitors through our doors.

“I would like to thank the hundreds of volunteers who have given up their valuable time to help get the farm up and running earlier than anticipated. We could not have done it without their crucial role.

“Not only will the farm remain open seven days a week and remain free, but we will provide a range of exciting education, environmental and social care programmes supporting vulnerable individuals.”

“I was delighted to attend the opening and see the fantastic work that is going on, including a range of environmental and educational programmes. As a Council we look forward to working in partnership with LOVE Gorgie Farm going forward.”

Ann Budge, owner of Heart of Midlothian Football Club which has worked closely with the farm over the years said:

“We are delighted to see the farm reopening as LOVE Gorgie Farm and look forward to establishing a positive relationship with LOVE Learning as the new operators. Like Hearts, the farm is at the very heart of the local community and we look forward to working with them.”

Sandy McCall Smith, author of the No. 1 Detective Agency and 44 Scotland Street books, among others, said:

“I am aware of the major role that Gorgie City Farm, now LOVE Gorgie Farm, plays in the local community. It is wonderful news that it has been rescued. It brings animals and the countryside into the lives of so many children, young people and adults, who might otherwise feel cut off from such things. Put simply, LOVE Gorgie Farm does a great deal of good.”